Wikimuseums: from the event to the community 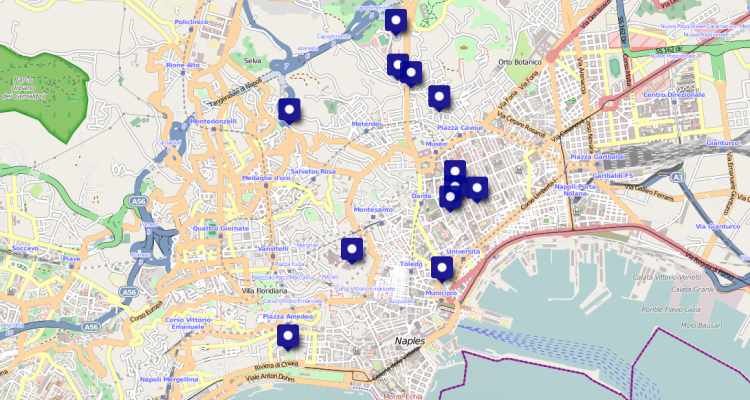 Wikimuseums: from the event to the community

We waited a couple of months before summing up the Neapolitan Wikimuseums experiment, but it was not (only!) due to lack of time: we realised immediately that those two days in May were causing unexpected consequences, so we waited to see what direction they would take.

We started with a conference on museums and open data and we tried to make sure it was open to the city of Naples, thanks to a few practical and playful aspects, to put participants to the test and stimulate a dialogue between the museum and the public. How far did we get? It’s still hard to say, but it has certainly triggered a more ambitious mechanism, which is not limited to human and professional knowledge or to the partnerships created, but promises to become a community.

The enthusiasm and willingness demonstrated by museums, curators, Wikipedians and most of all by the wonderful group of students enrolled in the digital marathon has materialised into a collaborative and operational task force, with the aim of continuing the work started during Wikimuseums and that has found logistical support from the Biblioteca Nazionale and the staff of the Polo museale della Campania.

So if Wikimuseums was born as a pilot project, made possible in Naples thanks to the curiosity of Mariella Utili and the Polo museale della Campania, from the Urban Challenges call of the Embassy of the Netherlands and from a truly tireless and valuable Wikimedia workforce, it is now clear to us that this pilot can evolve in two directions. On one hand, the opportunity to follow and give continuity to the Neapolitan community, which will require energy and attention; the other the opportunity to test the same format elsewhere, to see if the same conditions can be repeated in other contexts, and can give rise to equally interesting consequences.

This site will remain active, to document the event on the 5 and 6 of May 2016, and to collect the next stimuli on the theme, or from the community. The recount of the two-day works at the Pignatelli Museum of Naples, also contributed to by you through social media, can be found on this storify , whilst subscribing to the Wikimuseums Napoli Facebook group you can get involved by making useful suggestions and actions to keep the new project alive. If you have any questions or observations the email please send them through to wikimuseums@bamstrategieculturali.it.