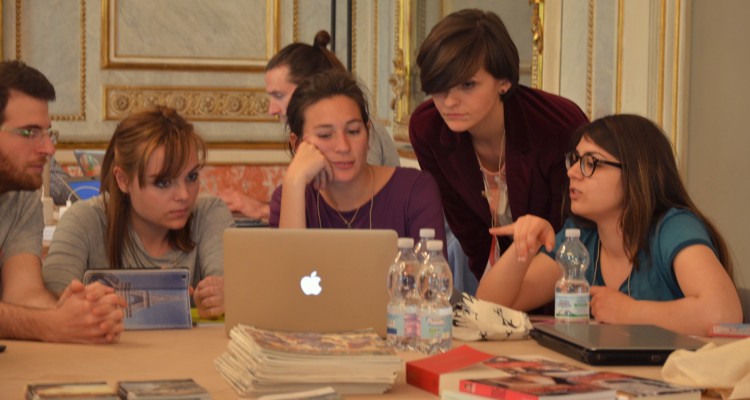 There are so many things to say about the first day of Wikimuseums, but we’ll just rattle off some numbers and things that touched us, and maybe even convince the most skeptical people out there adopt the wiki approach.

What was the result?

20 edited entries, 3 of which were created from scratch, made to correspond to cultural heritage sites in the city of Naples. Which ones? The ones you can see on this map of openstreetmap, which was updated in real time during the marathon: 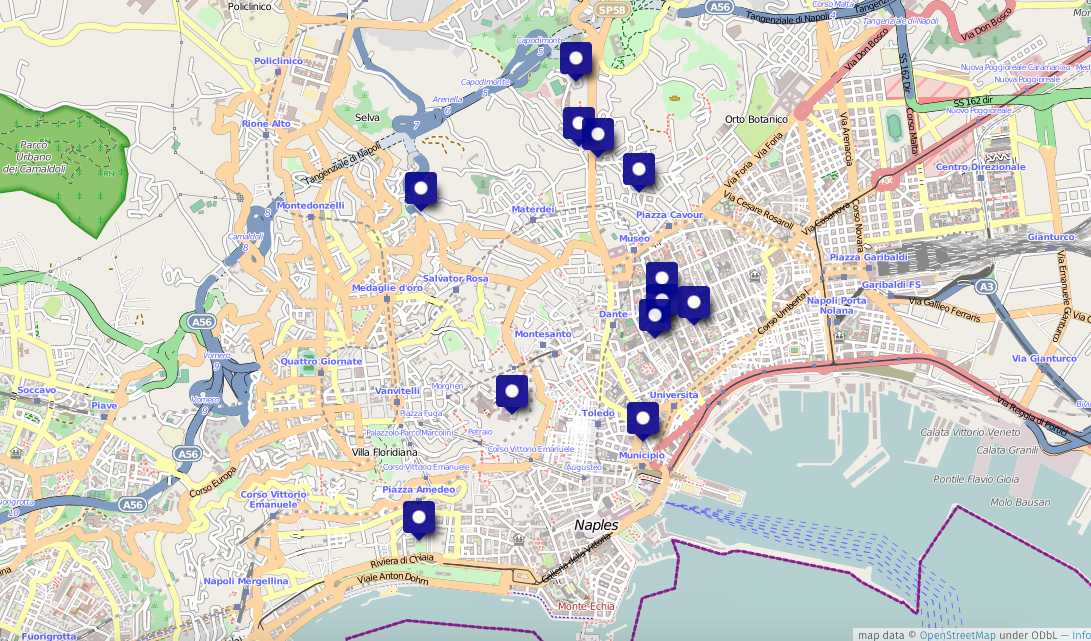 This is only the partial data obtained on the first day of Wikimuseums in the extraordinary Museum of Villa Pignatelli. Partial because, as  Saverio Giulio Malatesta and Claudio Forziati have taught us from the beginning, the world of open data is participatory and nothing is ever final, everyone is called in to bring into play their skills to enrich and share the contents.

We really did learn a lot, both in the first few hours devoted to the general overview and when it gradually became more technical, about the history and use of Wikipedia, and also during the last part of the workshop, with a full immersion into OpenStreetMap maps. Simone Cortesi, a much less organised mentor than he seems, decided to give an unprepared speech, leaving it up to the questions and reflections of those present to guide the discussion. Where did he lead us? To understand that open platforms create the possibility of really using information (and really updating it in real time): from geotagging monuments in a city, to supporting the management of emergencies.

At the end of the workshop, Simone confessed to having prepared a presentation (before deciding to improvise) which of course is available in creative commons.

Lots of things happened during the marathon: the mapping activity led participants around the city to affix identification marks on cultural heritage sites that they worked on (QRcode like there’s no tomorrow!). What were the most appreciated results? Seeing how using a wiki approach and digital media reignites the knowledge of users and stimulates their curiosity and desire to get involved. It’s off the back of this enthusiasm that the group of youngsters engaged in editing the Capella di Pontano found themselves brushing up on their high school knowledge of Latin, which they used to proudly translated the inscriptions that decorate the facade of the monument.

To top it all off, during the conference Peter Gorgels, Maarten Brinkernik, Paolo Verri, Davide Baruzzi and other guests arrived, invited to compare the Dutch and Italian enhancement systems, museums and open data. Soon we will also tell you all about that!