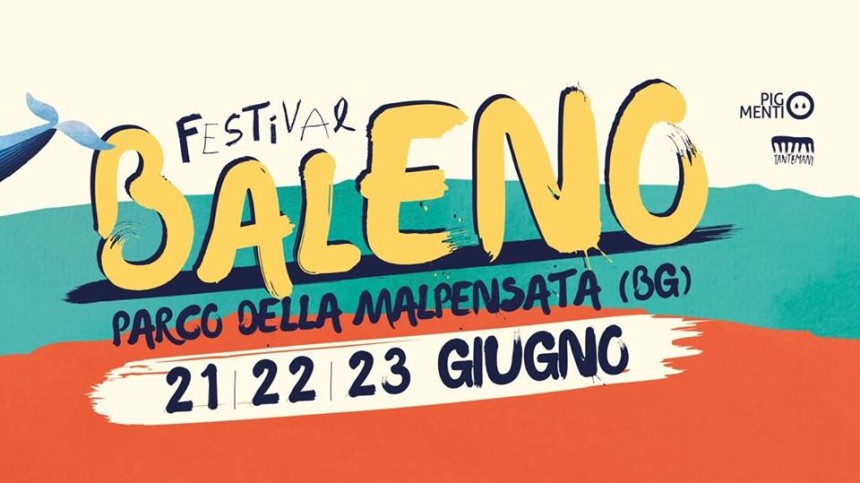 The second Baleno Festival gets underway: new energy for the regeneration of Parco della Malpensata in Bergamo.

Three days of music, workshops for adults and children, cinema and illustrations, from 21 to 23 June.

Launched last year thanks to Patronato San Vincenzo’s “Parco creativo della Malpensata” project, with funding from Fondazione Cariplo, Baleno Festival has confirmed its role as one of the most important dates on the summer calendar in Bergamo, particularly in the Malpensata neighbourhood.

Following on from the regeneration work that has involved some major restoration projects, firstly of the park’s green areas and then the creation of the Gate space, the Baleno Festival put the park in the spotlight last year and intends to do so again this year!

Organised by Pigmenti, Tantemani and GATE, supported by the Comune di Bergamo, the festival will also be bringing more forms of creativity to the Parco della Pensata in its second year, from the Sick Tamburo concert to the screening of the ‘Visages Villages’ docufilm, illustration workshops run by UAU Festival and street dance courses with Festival Danza Estate, as well as the FIAB Bergamo Grazielliadi.

BAM! will be looking after the audience surveys once again this year. We’ll be asking festivalgoers to complete questionnaires about how they perceive the park and we’ll find out whether and how these two festivals have influenced this perception.

Last year’s survey results caused some interesting information to emerge regarding this aspect, primarily in relation to the feeling of safety (which increases noticeably the more often people go to the park) and the role of the festival. Baleno has put the Parco della Malpensata in the spotlight, with 59% of festivalgoers who had never or only rarely visited the park before, without overlooking its regular visitors (40% of participants).

23 June, 9:30 p.m. | screening of ‘Visages Villages’
The docu-film that describes the encounter and journey of the Oscar-winning director Agnes Varda and the street photographer JR