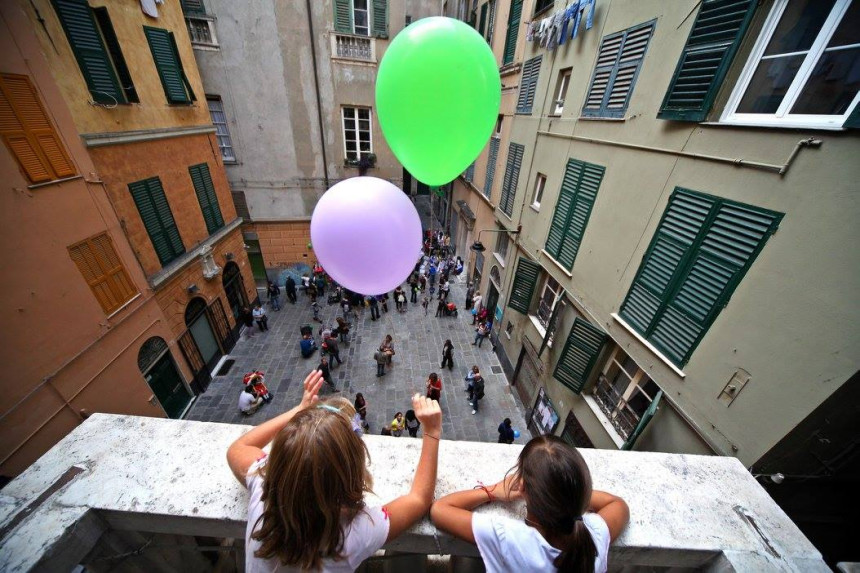 The “Vicoli” project developed by BAM! together with the Cooperativa Il Laboratorio di Genova is one of nine projects to win the new Compagnia di San Paolo call for entries dedicated to community networks and cultural engagement

The Via Prè, Via del Campo and Via della Maddalena zones comprise an area of alleys in Genoa’s historical centre that have had a bad reputation for decades. Despite this, they are also home to a priceless heritage – stately buildings, Baroque churches, shrines and portals, historical shops – and neighbours to some of the city’s most important museums: the Musei Civici di Strada Nuova and the Museo del Risorgimento, the Musei Nazionali di Palazzo Reale e Palazzo Spinola, and the Galata Museo del Mare.

In order to enter Compagnia di San Paolo’s Open Community call for entries, a large network of organisations that operate in this area set to work on a shared project: museums, cooperatives and community groups, businesses and cultural associations. The objective is to combine the efforts made by various organisations and a create a network that brings these worlds together, establishing a structured dialogue and enabling them to try out different engagement and participation methods, bringing local people closer to the area’s extensive culture and heritage. The challenge is to work together to build a new vision of the alleys: from a problem to a proposal, from an exclusion zone to a shared value.

The project, called Vicoli. Da vincoli a veicoli. Cultura e partecipazione al cuore di Genova, has been developed by BAM! Strategie Culturali together with the network leader, the Cooperativa Sociale Il Laboratorio, an organisation with over thirty years of experience in managing educational services for children and young people and in promoting social and cultural integration processes.

Compagnia di San Paolo launched Open Community in March 2018: a new call for entries designed to back public engagement projects presented jointly by cultural community networks and audience development professionals. After the initial project selection process in July and a fine-tuning process that involved a series of meetings in Turin and Genoa throughout the autumn, the winners were announced on 10 December. At the end of this process, Vicoli topped the chart of the nine finalists and will receive € 100,000 of funding for an eighteen-month period, from February 2019 to July 2020.

After supporting the planning phases, BAM! will continue to be involved throughout the rest of the project, playing a part in activating the community network, training the organisations involved and facilitating the public engagement processes, with a view to making the community independent and able to carry the process forward even after the end of the activities funded by the call for entries.

Read about the other Open-funded projects that BAM! has been involved in: