“Storie in ceramica”: the participatory exhibition is about to open 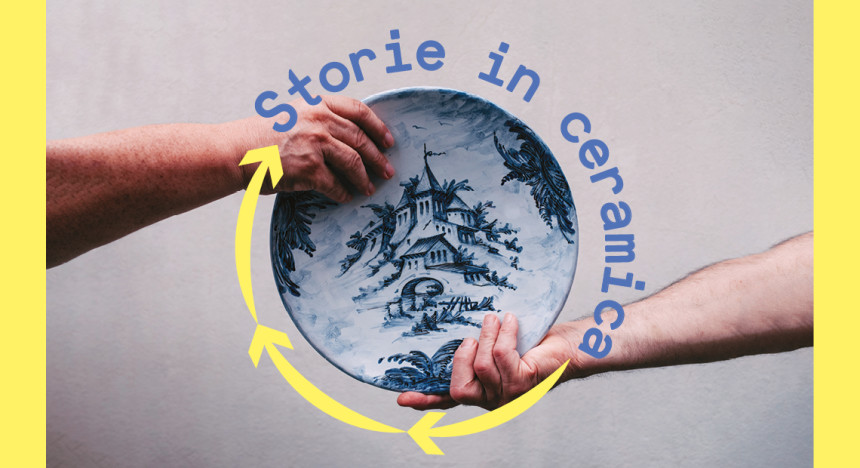 The final preparations are underway for “Storie in ceramica,” which will open in a few days time at four venues across the Savona ceramics district.

From 18 December to 3 March 2019, the Savona area will be hosting “Storie in ceramica”: a series of events designed to reintroduce people to the local ceramics heritage, driven by an exhibition spread between the MuDA – Museo Diffuso di Albissola (Albissola Marina), the Museo della Ceramica Manlio Trucco (Albisola Superiore), the Museo della Ceramica di Savona and the Museo Civico di Villa Groppallo (Vado Ligure).

Over recent months, “Storie in ceramica” has collected dozens of accounts associated with ceramic objects, thanks to the involvement of numerous lenders from across Italy. Over the last few days, some of them have been packaging up their ceramics to send them to the museum, thereby sharing their memories and stories. This project has been developed as part of Museo Senior, which won the Compagnia di San Paolo’s Open call for entries, and the idea for it came from BAM! Strategie Culturali and Associazione Amici di Casa Jorn. Museo Senior aims to promote the great arts and crafts tradition of the Savona area and establish a local museum network, involving a group of visitors aged over 55, who have been spokespeople for the community in question, developing new forms of sharing, tangible activities and new forms of communication to be put forward to institutions.

While the ceramic objects have continued arrive at the museum, there have been fervent preparations for the launch of the initiative over recent days. The Associazione Amici di Casa Jorn is curating the event and is working hard to create a display of all the material that has been collected. In the meantime, the enthusiastic group of senior visitors, which now works with Savona’s museum on a regular basis, is contributing to the organisation of the new edition of “Intorno,” a cycle of walks for rediscovering sites associated with ceramics outside the museums. This years “Intorno” will also include a great new feature: “Memorie,” a unique opportunity for listening to live talks from people with a first-hand experience of Savona’s ceramics industry.

The scattered exhibition will also be accompanied by a virtual exhibition curated by BAM!, which will make it possible to see all the objects and read all the “Storie in ceramica,” including those not featured in Savona’s museums. The virtual exhibition is almost ready too and will be online soon!

When will it be opening? The date is set for Tuesday 18 December at 6:– p.m. at the Centro Esposizioni del MuDA – Museo Diffuso di Albissola Marina, which will be the starting point for an exhibition that also involves the other three ceramics museums in the Museo Senior project: the Museo della Ceramica in Savona, the Museo Civico Manlio Trucco in Albisola Superiore and the Museo Civico di Villa Groppallo in Vado Ligure. We look forward to seeing you!

All the information on the initiatives (and soon the virtual exhibition too) is available on the Museo Senior website.