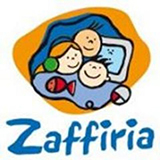 A project designed and created together with Centro Zaffiria and Italiantoy to involve museums and their staff in an activity based on games and social interaction.

Dida Mash is a contest launched on BAM!’s web and social channels designed to bring the importance of captions in involving the public to the attention of museums. For 3 weeks, the museums have been given the opportunity to participate by posting images of their collections accompanied by new captions on their Facebook, Twitter and Instagram accounts, sometimes rewritten in an ironic, irreverent or cryptic way, as if it were asking the observer to solve a riddle.

In 2015, alongside Italiantoy and Zaffiria we organized and carried out Can Museums Play, a conference designed to define, together with museums, the ways in which games (as a playful, cognitive and expressive practice) can enrich what museums have to offer. Since then, we have been pursuing new approaches to revitalize museums for visitors and those who work there every day.

The idea of this contest has also been an essential part of the journey, a stimulus to ask new questions, to go for new ideas and to develop original and alternative ones. With Italiantoy and Centro Zaffiria we share the belief that this approach is useful in developing a different way of experiencing collections and to develop new ways of involving the public.

BAM! created and ran the contest by:

The contest took place from May 22nd to June 11th, with a different captions for objects each week according to theme of the week. Each museum could participate as many times as it wanted, in fact, a special prize was awarded to the museum with the most posts. The other prizes; games for the museum made by Italiantoy (Leon Bi, Bruno Emme, Paolo Pi), were awarded each week, to the museum with the most original posts.

At the end of the contest, many interactions and over 80 images with new captions posted on social media channels from over 23 museums were counted: from Mart di Rovereto to the Mudec di Milano, from the Carrara Academy to the Pinacoteca Nazionale di Bologna and many other museums that participated.