Getting young people involved despite the lockdown: the example of “Così sarà! La città che vogliamo”

When schools close and theatre workshops grind to a halt, communication can help keep the relationship alive

Launched in November 2019, the Così sarà! La città che vogliamo project felt the full brunt of the forced closure of schools and theatres. Lockdown came during the most intense phase of the workshops, when the young people of Bologna were working on the theme of the ideal city.

In February 2020, students were exploring the subject of the city through literature, drama and in-depth studies of contemporary issues, supported by teachers and stage actors and actresses. This was the first phase of the project, when the young people were recording their activities, studying hard, discovering and beginning to familiarise themselves with the world of theatre. All this work was designed to pave the way for the second phase, when they would be asked to present their own creative project on the subject of the ideal city.

However, the workshops were not just designed for recording activities. They also aimed to build an extremely important relationship based on trust and listening between the staff and the young people, which is essential for projects targeted at the very young.

What was the best way to handle this sudden shutdown of schools and theatres? How could we prevent the relationship from coming to an abrupt end?

The staff and actors used their creativity to develop new online workshops, while BAM! looked after communication, coming up with a new digital engagement process that made it possible to carry on hearing what young people had to say and making them an active part of the project, even outside the workshops.

How? By launching a call for action through the @cosisaralacitta Instagram channel, inviting young people to share their vision of the ideal city through a simple form, which could be completed online on the project website. From early May to 30 June, the young people of Bologna responded in large numbers, with over 100 contributions, submitting a short list of key words or more complex ideas that conveyed their desire for change.

The city we want will be: “Safe, but more modern and advanced, with people ready to defend those in need.”

BAM! processed the contributions in graphic form, relaunching them on the same Instagram channel and receiving hundreds of reactions from its followers, helping to expand the project’s reach and arouse the public’s interest. 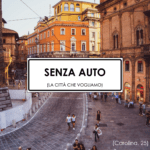 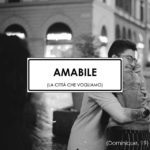 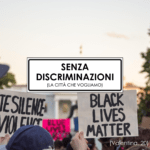 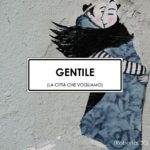 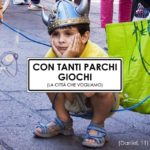 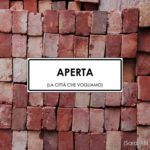 And that’s not all! The permanent company at the ERT used the young people’s suggestions to write a short play, which was staged at the Arena del Sole to mark the end of the school year, thanks also to the performance by Fabio Canducci of 3C, Scuola Media Leonardo Da Vinci (IC 13).