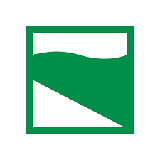 Alterenergy is an IPA Adriatic 2007-2013 European project that is focused on communities with less than 10,000 inhabitants, with aim of helping them to achieve environmental and energetic sustainability.

During its final stage the Alterenergy project had planned to carry out an educational project in local schools that were interested, and communication and dissemination actions.

BAM! has developed two different educational projects for schools: one for primary schools and one for secondary schools. In both projects BAM! attracted students through brainstorming, media interaction and face to face discussions. Furthermore, learning activities were proposed, mainly the construction of renewable energy models and role-playing, allowing the kids to focus on the consequences of their actions.

In addition to making BAM!’s educational projects of the workshops available to schools, BAM! has provided a dissemination kit made up of illustrative panels, a video in motion graphics and an interactive game.
BAM! has also carried out communication for a conference organized by Alterenergy and released a final video report.

Find out your energy profile!