A communication process to combat gender-based violence, alongside the Regione Emilia-Romagna 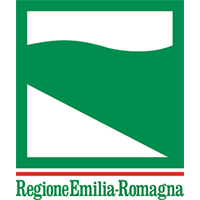 BAM! is working alongside the Equal Opportunities Department at the Regione Emilia-Romagna on the design, development and planning of a communication campaign for the region

25 November is the international day for the elimination of violence against women. This is also an important date for the Regione Emilia-Romagna, which is organising a series of initiatives centred around this day to raise awareness about local facilities and services aimed at combatting gender-based violence and bringing about women’s empowerment, including equal rights.

BAM! is working alongside the Regione on communication activities regarding themes of combatting violence against women and gender equality, following a pathway made up of different stages and activities, to be developed on the basis of four specific objectives:

During this period of support, which will last until April 2022, BAM! is committed to designing and implementing a number of communication campaigns to coincide with the main phases of the process implemented over this period by the Equal Opportunities Department.

The first communication activity, launched on 18 November throughout the region, was the online and offline media campaign “Dalla tua parte” (On your side). The campaign is based on the idea that rather than violence, it is more appropriate to talk about forms of gender-based abuse to better illustrate the different and multifaceted ways in which violence is exercised, from physical aggression to psychological and manipulative control over women.

This is why we developed a multi-subject campaign based on the chat concept, in which four different dialogues represent the different types of abuse that women suffer, often without being fully aware of it: psychological, financial, physical and sexual abuse.

Those who see the campaign on social media (Facebook, Instagram, YouTube), in online and print newspapers or on public posters, will be faced with a message that is easy to identify with and therefore easier to understand.

The campaign uses different tools to spread the message of combatting gender-based violence: a graphic image featuring four subjects, a radio spot, a video set and a billboard campaign on public transport, bus shelters and street furniture; publications in regional newspapers and related online publications. There is also obviously a social media and TV campaign.

The campaign anticipates the presentation of the New Three-Year Plan against gender-based violence, recently approved by the Legislative Assembly, and the conference on 30 November that the Regione Emilia-Romagna is organising in collaboration with Period on the subject of gender-based data, a valuable tool for developing public policies with greater impact.

BAM!’s work alongside the Equal Opportunities Department does not end here: the journey continues until 8 March with other institutional communication activities designed to keep this issue in the spotlight, all the way through to a second campaign planned for 8 March.

Regione: Stop femicide and every kind of violence against women

Giovanni Miani, the white lion of the Nile: communication for the exhibition at Palazzo Roncale